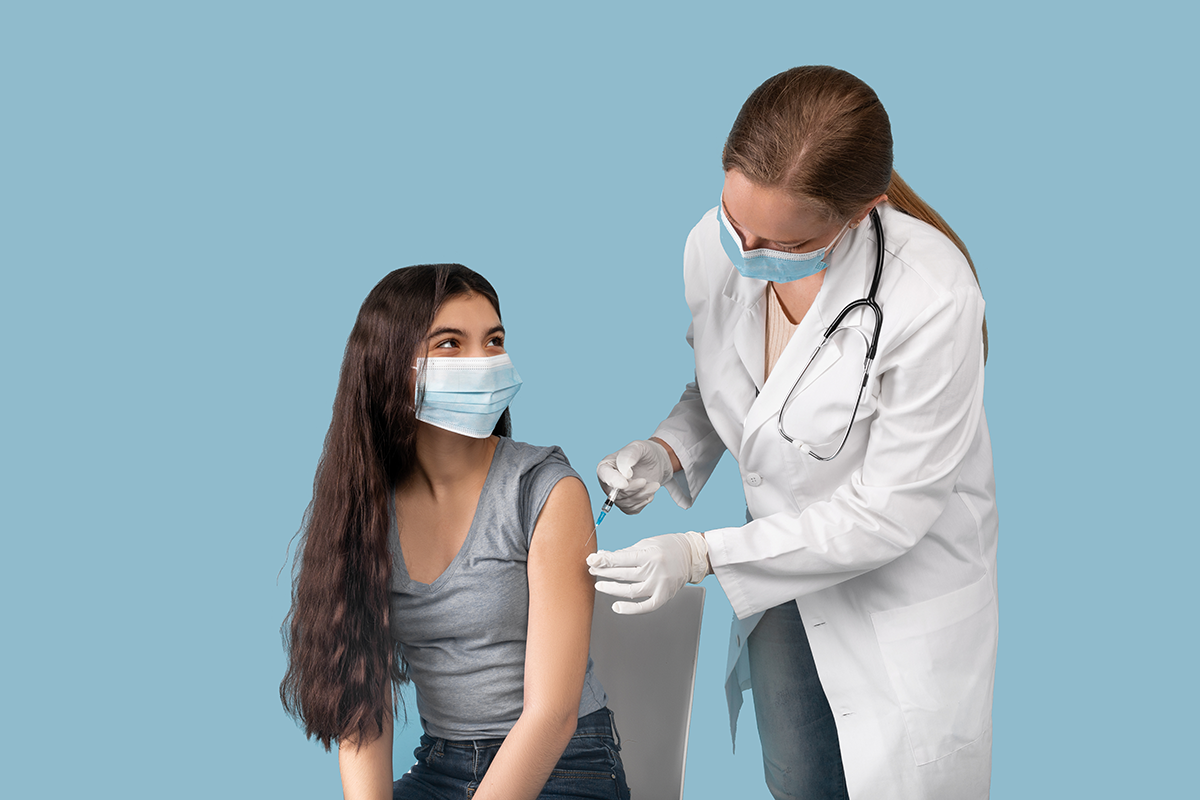 Vaccines have been a topic of debate for some good time now, and this has only increased with the COVID-19 pandemic. Despite the controversy, vaccines are truly some of the greatest health advances in human history.

The use of vaccines has allowed us to eliminate smallpox and suppress the wild poliovirus. Vaccines have also decreased the number of people who end up suffering from terrible, yet preventable illnesses like measles, diphtheria, and whooping cough.

At Saenz Pharmacy, we believe that it is best to prevent the illness before requiring a long and difficult treatment. That is why, today, your McAllen pharmacists will take a closer look at the inner workings of vaccines.

Vaccines work by imitating the disease they are meant to protect you from. This way, our bodies learn that any outside invader that “looks like” the vaccine is a danger.

Because vaccines stimulate our immune systems, this leads our bodies to produce antibodies as if they were being attacked by the disease. Think of it as a training session for your antibodies; now your body knows how to react to the disease.

This process is called immunization.

Edward Jenner is known as the founder of vaccinology in Western society. In 1796, Jenner inoculated a 13 year-old-boy with vaccinia virus, (cowpox), which resulted in the child being immune to smallpox.

Thanks to this discovery, in 1798, the first smallpox vaccine was developed.

Later on, scientist Louis Pasteur spearheaded the creation of a cholera vaccine and inactivated anthrax vaccine in humans. Nowadays, the future of vaccines is in molecular genetics. This opens doors to the development of new vaccine delivery systems, new adjuvants, and the development of more effective vaccines.

Vaccines not only merely mimic the disease, but can also contain the same germs that cause the disease. This may seem scary, but the germs have been either killed or weakened and are unable to make you sick. In some cases, the vaccine has only a part of the diseased germ.

Unfortunately, some people believe that the different components in vaccines are dangerous or poisonous. But that could not be further from the truth. All ingredients of vaccines are safe and play necessary roles either in making the vaccine, triggering your immune system, or ensuring that the final product is safe and effective.

Some of the most common ingredients used in vaccines include:

The Safety of Vaccines

Vaccines cannot just be created by whomever. Before a vaccine is ever given to people or even manufactured, the FDA requires extensive lab testing of the vaccine. This process takes many years of research before testing even begins.

After testing in the lab, human testing must take place. Not only does this take a handful of years as well, but also many times, (regardless of the vaccine’s effectiveness), the vaccine will not be released to the public due to side effects.

Until a vaccine formulation has passed all these safety tests and trials, it cannot be licensed.

Like any medication, it is possible to experience side effects from vaccines. Mild reactions such as a low-grade fever, pain, or redness at the injection site go away within a few days on their own.
Severe, long-lasting side effects are extremely rare and almost unheard of. If they do happen, it may be due to a rare and obscure allergy to one of the vaccine’s ingredients, not necessarily from the vaccine itself.

Get Vaccinated at Your Friendly McAllen Pharmacy

Many illnesses are preventable but could potentially put you and your loved ones at health risk if you are not protected from them.

At Saenz Pharmacy, our pharmaceutical team is ready to provide the vaccinations you need to help you build a defense against serious illnesses. For more information about the immunizations we offer, contact us today.

We are collecting information from patients interested in the covid vaccination. We will reach out to you when we have the vaccine in stock.